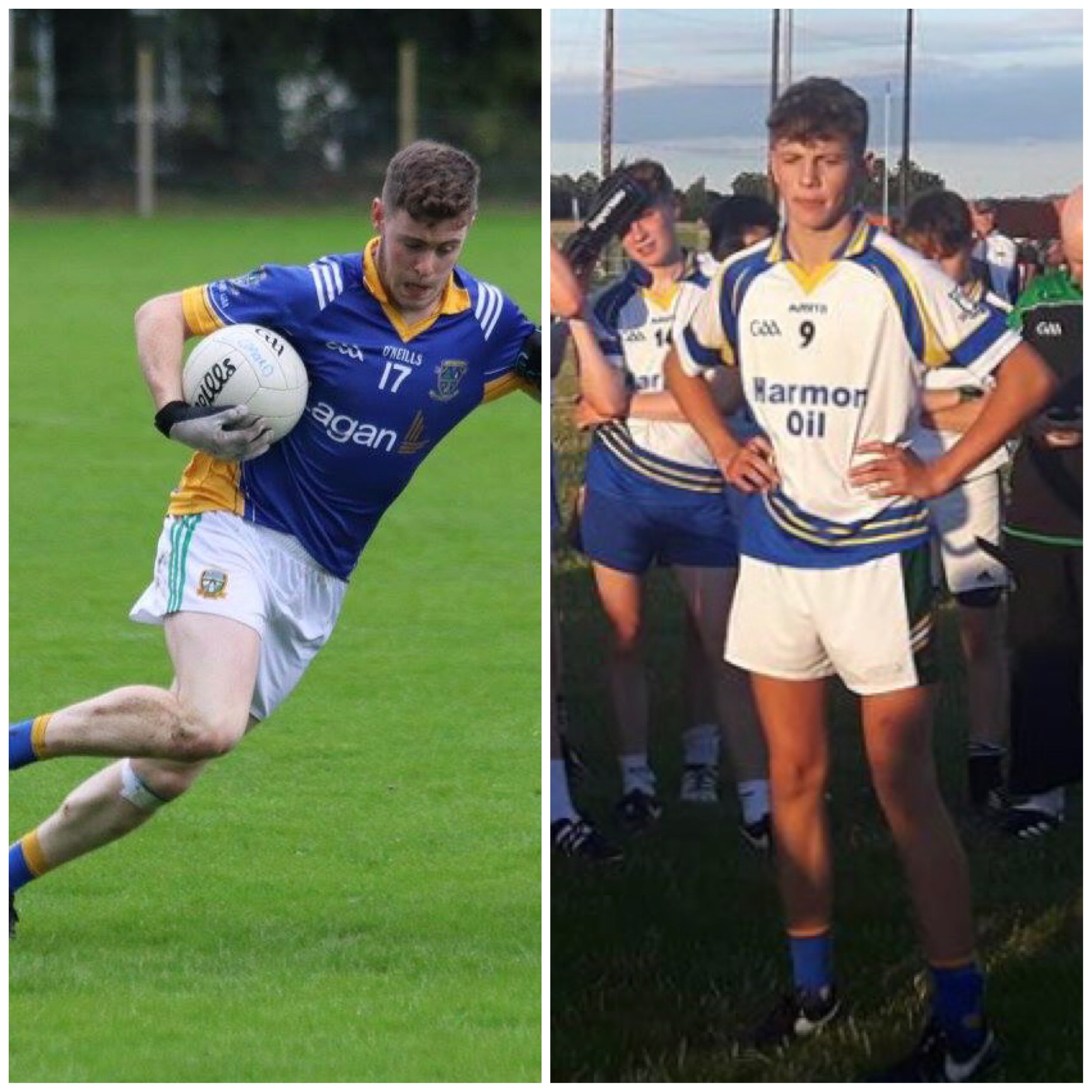 Published: about 5 years ago

There was further good news for the club this week as two young local men received recognition for their talent on the field of play.

Mikie Mullen capped off a dream year when he was awarded Meath’s “Young Hurler of the Year” by Meath County Committee. This was a year that saw Mikie win an All-Ireland Hurling minor ‘B’ medal, as well as make very impressive debut seasons for both Clonard and Killyon adult teams.

Niall Smullen received the great news that he made the Meath County minor (U17) panel for 2018. This was just reward for Niall after some fine performances for the Clonard-Longwood amalgamation teams at both Under-16 and Under-18 level this year, which also yielded an U16 title in Dunganny when they defeated Boardsmill.

Well done to both lads, and may their hard work continue to be rewarded, and we’re sure they’ll be many more young players who will follow in their footsteps.