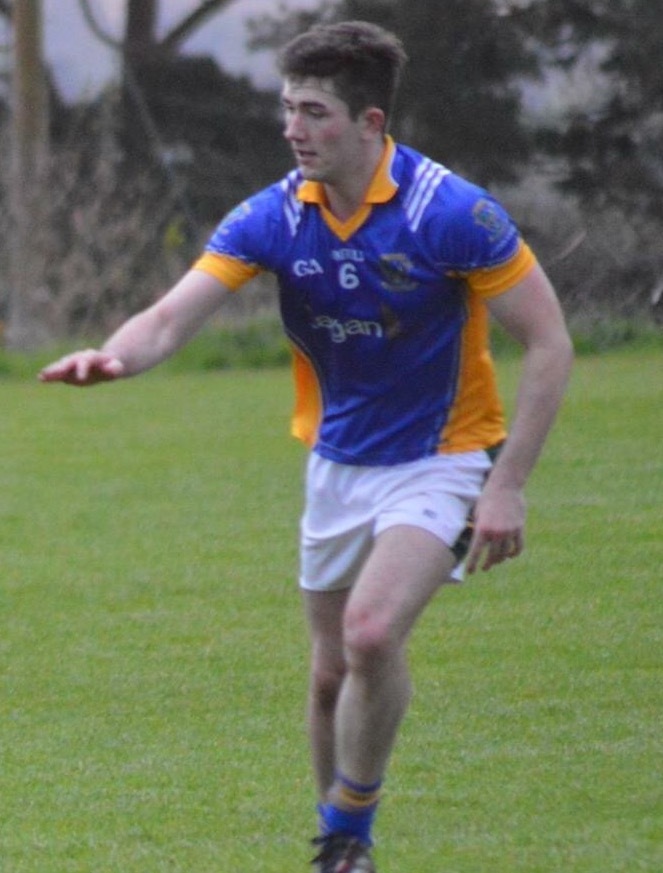 On a beautiful sunny May evening with the smell of fresh cut grass, t-shirts, shorts and sun glasses on display, it could only mean one thing, this was championship time of year. Dunganny was the venue for this re-arranged first round game in perfect conditions at Meath GAA’s centre of excellence.

For the first time this year new Clonard ‘Bainisteoir’ Damien Griffin and his three selectors had a fully available squad to select from, with championship debuts for the two fresh faced minors Mikie Mullen and Brian O’Reilly. Their hand was further strengthened with the return of Jason Dowdall from his six-month overseas assignment in the Lebanon, and a fully fit Adam Flanagan, after last year’s 12-month absence due to a cruciate ligament injury.

Clonard made the first impact on the scoreboard when a trademark run from the half back line by the powerful Eoghan Connolly resulted in a point for the South Meath men. Moynalty responded perfectly though, and kicked the next three scores to lead by two. Clonard subsequently took over possession in the middle of the field but kicked 5 wides in a row before Johnny Fitzsimons stopped the rot with a fine effort from a tight angle. However, Fitzsimons paid a price for the score as he injured himself on landing and was replaced five minutes later by Ryan Raleigh, making a welcome return after nine weeks out with a hamstring injury.

This was now a ‘ding-dong’ battle between two sides who knew the importance of the game. The Clonard full back line were performing proudly, with great reading of the game which resulted in prime possession to build from the back. Chances were missed at both ends, maybe the most significant of the half by Moynalty when a high effort hit the post and landed in the grateful arms of the Moynalty forward, but the ever-reliable Paul Sheridan pounced to make a fine save, and Moynalty pointed the subsequent rebound.

A few minutes later Sheridan strode up the field to kick a long range free which dropped dangerously short and was met by the fist of full forward Ian Campbell who send it the rest of the way over the black spot. Eoghan Connolly added another for Clonard to level matters at 4 points each but Moynalty had the last say of the half and went in leading by the minimum, Clonard 0-4 Moynalty 0-5.

The second half promised to be just as exciting as the first, and didn’t disappoint the large crowd of supporters. The Clonard midfield pairing of the Flanagan brothers were again to the fore as Moynalty struggled to win ball in that crucial area. The return to full fitness of County man Adam Flanagan was a joy to see for Clonard and Meath supporters alike, who turned in an exhibition of high fielding, powerful runs and accurate passing to his forwards. Young Mikie Mullen benefitted most as kicked two fine points in a five-minute spell.

Moynalty keeper, Johnny Lynch, constantly tried to avoid the County man Flanagan in midfield but brother Dylan stepped up to win almost every ball. On other occasions Lynch tried to kick short but Clonard forwards stuck to their instructions and closed down the Moynalty defenders on every kick-out. This was to prove vital after eight minutes of the second half when hesitancy by Lynch on the kick-out when he couldn’t find a loose defender, forced a throw ball on the 13 metre line and Clonard got the goal they deserved when Mikie Mullen found the net after a saved effort from Eoin Treacy.

Clonard’s heads were up now and stretched their lead to five points when Adam Flanagan and substitute Gary Raleigh raised the white flag. Moynalty again responded with two scores of their own, and could have been closer had Paul Sheridan not made another fine block when he advanced from his goal-line to deny the Moynalty forward for the second occasion. The Clonard vice-captain is having a great season, and his only blot on the copybook today was a yellow card for wrongly remonstrating with the referee after a Moynalty point.

But Clonard again made their dominant possession count and were rewarded with two sublime pointed efforts from Ian Campbell’s left boot on the side-line and Adam Flanagan from an impossible angle, only a yard from the end line in the bottom corner. The two efforts would have graced an inter county game, let alone a Junior club championship outing. The icing on the cake for Clonard was on 59 minutes when a 60-yard run by centre back Ger Foley found an unmarked Mikie Mullen eight yards out with a fist pass, and the young man made no mistake, netting his second major the half. The run by Foley topped off a fine display by the Killyon man, keeping Moynalty star forward, and Meath County Junior player, Paul Lynch quiet for most of the game.

Moynalty had no more to give and the referee sounded the final whistle, with the old cliché of “goals win games” proving true, with a final score line of Clonard 2-12 Moynalty 0-12. Clonard look forward to a tough task against one of the championship favourites Cortown in the next round, while Moynalty will look to get back on track against Meath Hill. A word of mention must go to Moynalty manager Dudley Farrell who addressed the Clonard dressing room after the game with a fine speech, despite a disappointing result for his side. A true gent and loyal Meath football servant.